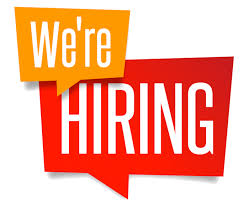 As an entrepreneur, you’re entirely reliant on the people around you to do a great job and keep your brand strong. But sometimes, the people you hire aren’t what you’d hoped for.

They seemed great at an interview, but now they’re in your company and doing the work, they’re not living up to your expectations.
Elon Musk, the entrepreneur behind SpaceX and Tesla, has been mulling the question of how to hire the perfect person for years according to http://uk.businessinsider.com. Back when he was first starting out at Paypal, he put a lot of emphasis on a person’s technical skills.

This, he thought, was what gave them the most value. Soon afterward, he discovered that raw technical ability wasn’t enough: for projects to really work you needed people who were able to work in a team, even if that meant sacrificing a little talent in the process.

Over time, Musk developed his interview techniques. He began to realize that some people could talk the talk at interview, but couldn’t walk the walk when it came to their actual job. As a result, he began asking more probing questions. One of this favorite was to ask about any significant challenges that a person had overcome during their career.

To Musk’s delight, this proved to be a good tactic for discovering the quality of prospective employees. Those who had overcome challenges knew all the intricate details of how the problem was solved. Those who had just been bystanders didn’t.

Of course, as an aspiring entrepreneur yourself, you want to make sure that you’re hiring winning employees. Here’s what to do.

Don’t Hire For A Position, Hire The Person

Many entrepreneurs are simply interested in filling a particular role to carry out a particular function. But this might not actually be a good idea. As an article on http://www.careercamel.com, points out, companies are suffering enormously from high turnover rates. Hiring new people every few months is horrendously expensive and burning a hole in their bottom line.

As such, other companies are changing tack. Instead of hiring for a position, they’re hiring the person. The difference is that hiring the person means that you want them to stay in your organization. Companies that engage employees and give them the opportunity to advance will see more of their staff sticking around for the long haul.

Ask Them To Complete Written Work

Job interviews are almost universally ineffective, thanks to the fact that the people hiring prefer to hire individuals who are just like them. Therefore, it’s a good idea to ask candidates to do something a little different, like complete a writing assignment.

Some companies, like Barefoot Cellars, have gotten rid of the interview process altogether. Instead, they sit candidates down in a room and get them to listen to a presentation on how the company operates. Next, they give them a written assignment to complete before the end of the day: 5 pm. This is where they get to see the real ability of the candidates, not just their polished and refined CVs.